The Herbalife 24 Prepare supplement contains L-arginine and L-citrulline to produce nitric oxide and creatine monohydrate better to improve strength. It is mainly used before the workout to improve blood flow to the muscles and organs!

How do the main ingredients work

The main task of L-arginine and L-citrulline is to increase nitric oxide levels. Previously this molecule was considered harmful to the body. But one medical mistake led to discovering its positive effect on blood vessels. Further research yielded the most interesting results. These two amino acids are practically analogues since they are aimed at the same tasks, which I will describe below.

A simplified list boils down to the following benefits:

Such positive effects caused by an increase in nitric oxide are beneficial in both sports and medicine.

Taking L-arginine to increase the levels of this amino acid in the body would seem to be the more logical solution. However, studies have shown that the better absorbed L-citrulline can be more pronounced if you take an equivalent dose.

It is not uncommon where taking a medium dose of L-arginine does not produce any results. Then it is advised not to increase it to the maximum but to replace it with L-citrulline.

The fact is that sometimes the liver produces too high levels of an enzyme called arginase, which converts this taken amino acid to another with a different spectrum of action. L-Citrulline avoids such a barrier, which eventually converts to L-arginine with all its list of favourable properties. At the same time, the dosage is at a much lower level.

It has only recently been revealed that L-leucine is not the only powerful stimulant of intracellular protein synthesis, resulting in muscle protein production and, consequently, muscle growth. L-Arginine also has this function.

We already know that L-citrulline supplementation raises the levels of this amino acid in the body better than supplements containing L-arginine. Therefore, several independent tests aimed at comparing the anabolic properties of these two amino acids. Studies by Osowska et al. confirmed that L-citrulline could increase muscle protein synthesis.

Another study by Perez-Guisado et al. involved more than 40 men – all were given the task of performing a bench press. Half of the group took 8g of L-citrulline, and the other half took a placebo. The men taking the amino acid could complete a more significant number of repetitions in all eight sets. In doing so, they experienced less muscle pain. So, L-citrulline can increase endurance strength performance and promote muscle growth.

We see that taking L-citrulline along is better instead of L-arginine. Thanks to the highest bioactivity, this amino acid more effectively triggers various processes. That is why L-citrulline is now getting an exceptional and well-deserved demand in the world of weightlifters and bodybuilders.

But you don’t need to choose as Herbalife included both amino acids in the formula together with L-ornithine alpha-ketoglutarate.

The benefits of Herbalife Prepare supplement 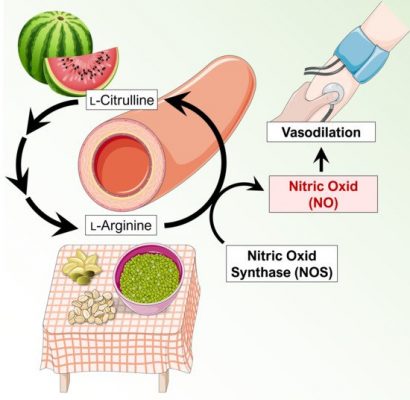 How to prepare and use it?

Mix 16g (2 scoops) of Prepare powder with 600 ml of water.  Recommended daily serving: 1 time per day BEFORE OR DURING physical activity.